Dycor has provided a number of different integrated biosurveillance systems for civilian applications, ranging from security to agriculture to human disease monitoring. Here are some examples. Give us a call or contact us on-line to discuss your unique requirements, whether you require a hardware/software system, or the services of Dycor’s technical personnel to support an event or specialized application. 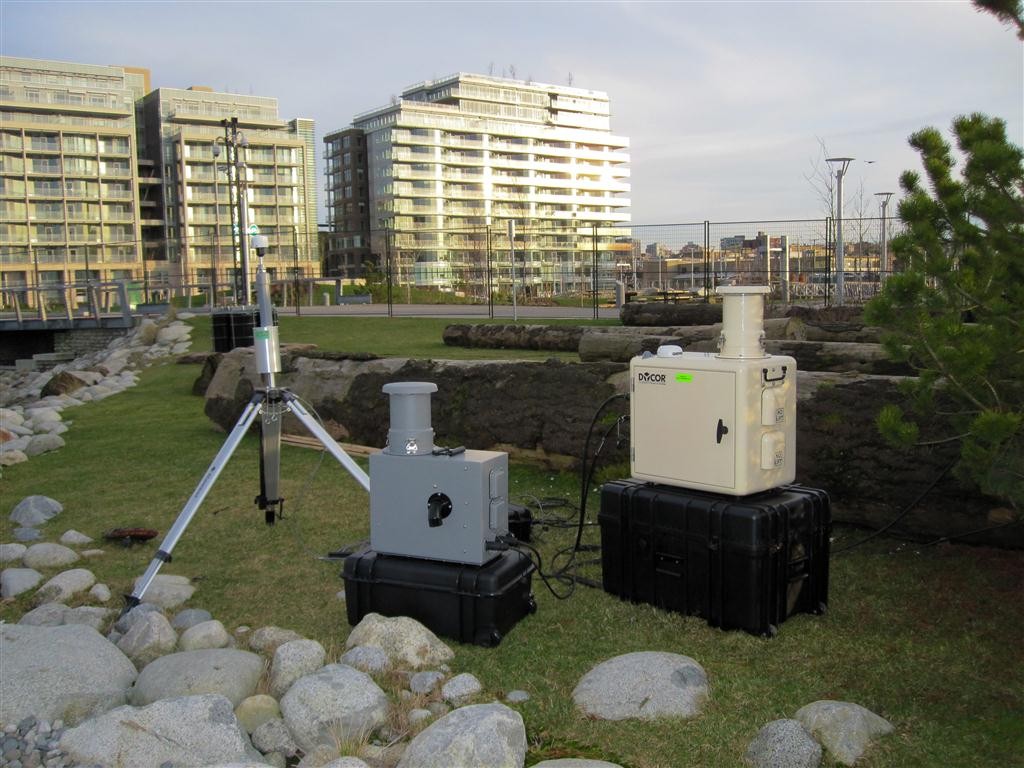 Dycor was contracted by the Public Health Agency of Canada as part of the Canadian Government’s security and surveillance team, to provide an integrated biological detection system, including biological detection and sample collection at all venues at the 2010 Olympic Winter Games in Vancouver.  We provided realtime analysis, situational awareness, evidence collection, interface with security communications, command & control infrastructure, and logistics management for biosurveillance for the duration of the games.  We conducted site surveys and determined the footprint coverage required, and a coordinated action plan based on the threat profile for natural or manmade bioaerosol threats.  We conducted background environmental studies, in both indoor and outdoor locations, to establish baseline “normal” background conditions for the geographical area covered.  The biological integrated detection system was deployed and in operation 24 hours per day and seven days a week, for the duration of the games.

Our performance at the Winter Olympics led to further contractual work as providers of biosurveillance at the G8/G20 Leaders’ Meetings in Toronto and Muskoka, Ontario in 2010.  Our detection and sampling equipment, as an integrated system, tied in to the security infrastructure was deployed at all meeting venues as well as world leaders’ accommodations.  Our system was deployed and in operation on a 24/7 basis for the duration of this event.

Dycor’s aerosol sampling capability is part of the standard United States Air Force Bioenvironmental Engineering First Response capability, in both domestic industrial hygiene applications and as part of the warfighters deployment capability as a bioweapons countermeasures tool.  The USAF and Dycor have worked jointly in enhancing our sampling capability to include specific virus capture and maintenance, and was instrumental in capture and identification of human Adeno-14 virus during an outbreak in Texas.

Dycor’s sampling capability was deployed by the joint response team of Canada’s Department of National Defense, the Public Health Agency of Canada, and the Canadian Food Inspection Agency during an outbreak of H7N3 Avian Influenza in Canada’s Fraser Valley in British Columbia, capturing and maintaining viability of the virus from airborne transmission in proximity to poultry raising facilities.

The US Department of Agriculture has conducted studies using Dycor’s sample collection capability for capture of airborne H5N1 Avian Influenza in poultry processing facilities as part of their biosurveillance program.

The Public Health Agency of Canada continues to use Dycor’s sample collectors as part of first response operations in pandemic disease outbreaks to which it is deployed worldwide.  These have included SARS in Taiwan and Legionella in Canada among others to date.

All Our INTEGRATED BIODEFENSE SOLUTIONS Services: